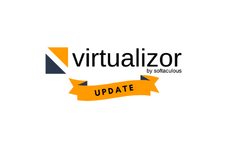 The Virtualizor Team has released Virtualizor 3.0.9 (Patch 6) (Release Candidate)
In this version we have some bug fixes and improvements.

For complete list of changes please visit the following link:

Please let us know if you face any issues / have any suggestion. We are available on Virtualizor live chat at https://virtualizor.com